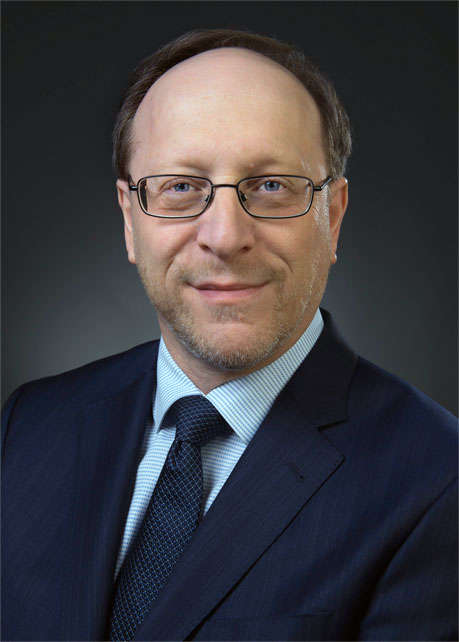 David is the founder of Orbst Quality Assurance Specialists. For the past 25 years he has been helping the accountants of Ontario build practices that meet and exceed every professional standard. Not only the standards that regulatory bodies set for the profession, but the high standards accountants set for themselves.

At the moment, David hasn’t planned a party to celebrate his business’ silver anniversary. He says there are rewards to celebrate in the work he does for his clients every day.

“When you do something long enough, you get good at it,” David says with a laugh. “I am good at supporting people to run their own businesses better. When accountants know they have three more years to meet or exceed standards because we’ve come in to help them, then they can sleep at night and so can we.”

Those three years of easy sleep refer to the regular cycle between Practice Inspections conducted by the Chartered Professional Accountants of Ontario, better known as CPA Ontario. As professional regulatory bodies, both CPA Canada and CPA Ontario set rules, standards and guidelines for accountants and accounting practices. David also works with clients across Canada whose practices are regulated by other provincial bodies such as CPA Alberta and CPABC.

Inspections of accounting firms are conducted to ensure compliance with highly complex accounting standards and reporting requirements that are subject to constant changes from government and financial bodies or agencies, for example. Ultimately, ensuring compliance through inspections protects the public from poor quality work and accountants themselves from unwarranted complaints and legal action. The Regulatory & Standards Group within CPA Ontario inspects over 1200 accounting practices each year.

While the current Canadian Standards on Quality Control, otherwise known as the CSQC1, were implemented in 2009, David has been working in the area of Accounting Quality Assurance and Professional Best Practices for Accountants much longer than that.

“I started my career at Price Waterhouse at 21 and worked with a number of other medium-size accounting firms. By 1993 I was out on my own with two clients,” David remembers. “Even in 1993 the bulk of my work was in external monitoring and reviews of files and statements, or File Quality Reviews (FQRs). Publicly Listed Companies have always had standards for financial reporting that had to be monitored for QA and Best Practices. I also conduct Engagement Quality Control Reviews or EQCRs, which is part of an audit quality process to make sure everything is up to that standard. So, we’ve been preparing our clients for CPA Practice Inspections before that even had a name! Now that it has a name, we don’t have to spend as much time explaining what we do.”

David is usually the first person accounting firms call when they get a letter from the regulator in their province informing them of an upcoming Practice Inspection.

“It’s much easier when they have called me in before the inspection, rather than after a failure,” David says. “Sometimes I get a call from firms who have been inspected and given a year to resolve outstanding issues after being given a List of Deficiencies. Then I work with them, we apply systems and practices, and then the inspector comes back to find everything is better. But they still have to pay for re-inspection and deal with the additional stress of two inspections instead of just one. It never hurts to call someone in to make sure you’ve got it right, especially when there are files with complicated issues that need another look before it is released.”

Those complicated issues have become second nature to David. He started taking accounting classes in high school when he was 14. His mother, who worked as a bookkeeper and credit manager encouraged his interests. As a result, he was admitted to the Schulich School of Business at York University where he completed his BBA.

As a result of all the support and encouragement he received for his chosen career, David was doing tax returns before there was even tax software.

“I can remember the introduction of tax software,” David says. “You know, I can even remember when we would fill out and collate cards to send them out and wait for them to come back. It’s been quite the transition to watch and be part of.”

With all that experience, it’s clear why Orbst Quality Assurance Specialists has become the accounting firm’s accountant of choice.

Request a call back

© Copyright ORBST Quality Assuarance  |   Website Designer Vaughan by Platinum Design
Do NOT follow this link or you will be banned from the site!